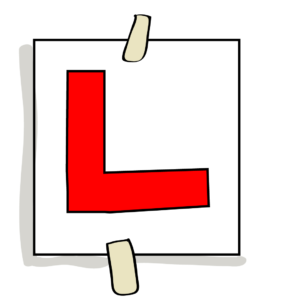 How does clarity and information get lost in an organisation?

One day, Mr Forgetful does a driving test with the chief examiner of Car Land. During this challenge he completely neglects to indicate a left turn.

The examiner is minded to fail him, but settles for a ‘Needs Improvement’ instead.

On the report, the examiner says

“Failure to indicate during a left turn poses a significant risk of a crash. Otherwise driving was satisfactory”

Mr Forgetful takes issue with this.

Mr Forgetful points out that the examiner was making some remarks which distracted him which is why he forgot to indicate. Given this, and his otherwise excellent performance, he claims he should be awarded a ‘Satisfactory’ and allowed to drive.

“While most of the Mirror Signal Manoeuvres were conducted correctly, some difficulties due to prioritisation of tasks occurred which resulted in lapses of the otherwise satisfactory standards demonstrated in the rest of the test.”

Further push back from Mr Forgetful who takes issue with the word lapse.

We now have a report that says:

“While most of the Standard Operating Procedures employed during changes of lane, road, or direction were conducted correctly, some difficulties due to prioritisation occurred which resulted in variations of the high standards demonstrated in the rest of the test.” 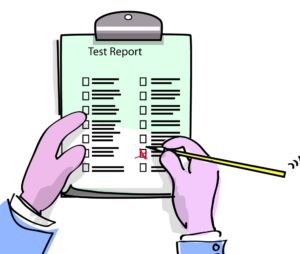 After further negotiation the examiner conceded that Mr Forgetful had himself noticed the failure to indicate when they went for the debrief. That was a good thing and should be included.

“While Mr Forgetful’s assessment of his abilities were largely in line with the examiners, and while most of the Standard Operating Procedures employed during changes in lane, road, or direction were conducted correctly, some difficulties due to prioritisation had resulted in a need to rectify deviations from the agreed standard that both examiner and Mr Forgetful had agreed were demonstrated in the rest of the test.”

It’s now a bit long. During an editing process it now gets shortened to this

“While Mr Forgetful’s assessment of his abilities were largely in line with the examiners, both examiner and Mr Forgetful agreed the correct standards should be maintained.”

Although it now says precisely nothing, it is branded highly confidential, which means that no one ever shows it to someone outside the driving instructor world, so it never gets called out as being nonsense.

The document sits in a drawer and has become a black hole of information. The driving authority include it in their round up of safety reports. It seems a good example of people complying with their regulations.

When Mr Forgetful has an accident with a cyclist on a left turn no one can figure out why.