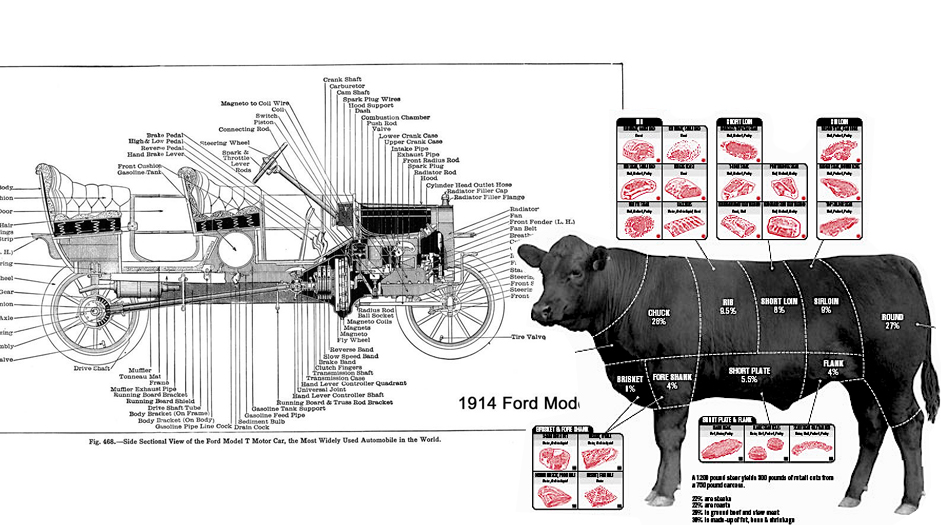 Henry Ford famously used the paradigm of meat packing to find a better way of building a car. Essentially it inverted the notion that mechanics walked around a single car, gradually constructing it over a period of months. Under Ford’s system, it was the converse; cars proceeded like cow carcasses from one specialised process to the next. Where cows were disassembled, cars were being assembled. By seeing a car as a relatively low value object he could transform its production, and produce the world’s first high volume automobile. 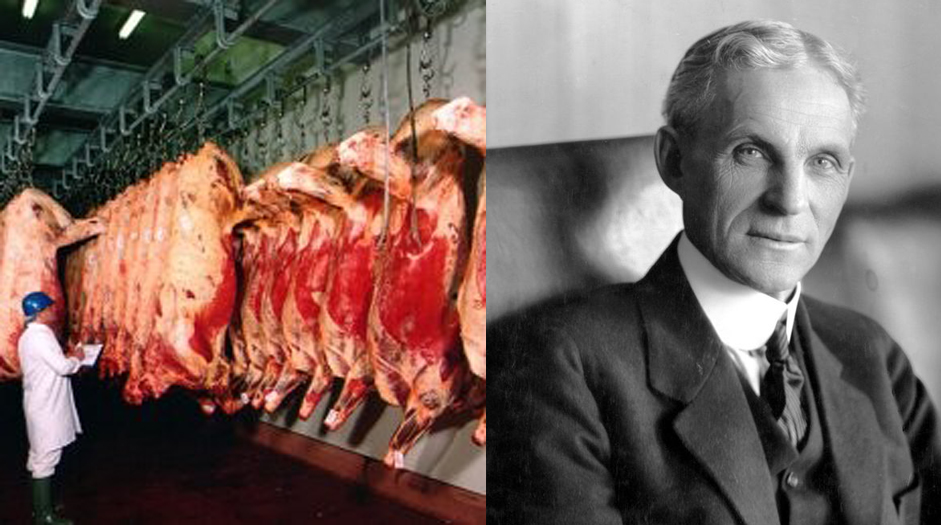